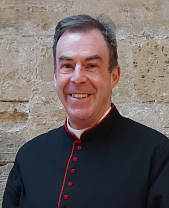 Born in Solihull I managed to lose the Brummie accent by being brought up in Leamington Spa.  From there, where I became a Christian, I studied Theology at S David’s Lampeter.  After a year working as a volunteer at the Youth Centre attached to Coventry Cathedral I trained for the priesthood at The College of The Resurrection Mirfield. Since then I have been blessed by being in parishes in Bristol, Willesden Green in London and near Colchester, and four years as Chaplain with the hospitals in Hammersmith.

My calling to Worksop Priory came through others as a response to the Parochial Church Council’s person spec and I feel greatly blessed to be here.

Born in 1972 in the fine city of Norwich, and I was brought up in rural Norfolk. For many years we lived in a village not far from Walsingham; my parents and sister still live in west Norfolk. My Grandfather [on my father’s side] was a Parish Priest, and my mother’s great-uncles and great-aunts were Methodist Ministers and Missionaries.

At the University of Leeds, I studied German [with Philosophy] which included a term in time at the universities of Leipzig and Tübingen, where, through excellent œcumenical attitudes, I became a member of the Roman Catholic student chaplaincy committee.

I worked in a small factory for a few months, and then found myself drawn to an advert asking for people with languages to lead coach tours: and so I spent two hard summers, and many winter weekends thereafter, at the front of a coach somewhere in Austria, Paris, the Rhine, or York S. Nicholas’ Fayre. Then I was a Representative for Kuoni in Switzerland, with a couple of seasons in Luxor and Dubai.

Bishop Martyn Jarrett was educated at Cotham Grammar School and King’s College London (BD, AKC). He was ordained in 1969 and began his ordained ministry with a curacy in Swindon. Following this he held incumbencies in Northolt and then Hillingdon. From 1985 to 1991 he worked for the Advisory Council on Church Ministry and was then vicar of St Mary and All Saints, Chesterfield before his ordination to the episcopate. He was translated to be a provincial episcopal visitor in 2000. He is a keen ornithologist.

In December 2011 Bishop Martyn Jarrett retired as Bishop of Beverley and on the 30th September 2012, moved to Worksop where he has been an active member of the clergy team. 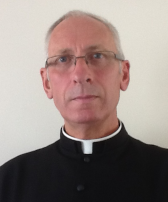 I was born in Richmond Surrey but spent my childhood on the edge of the Cambridgeshire Fens just outside Peterborough. I trained as a Church Army evangelist and ministered in various situations until 1988 when I was ordained deacon, and the same year priested in St. Luke’s church New Rossington. I spent 22 years in three different parishes in the diocese of Birmingham. I also served as an Army Reserve Chaplain  and Diocesan ecumenical officer. We moved to the north to St Mary’s Sutton in Ashfield and retired from there in 2016. I was appointed as a Chaplain to the Knights Templar in 2017.  I am now serving here at the Priory as an Associate priest.

I was born in Doncaster but moved south when I was 12. After training at Chichester Theological College I served two curacies in Leicester and Birmingham before becoming precentor of Peterborough Cathedral.  I was there for ten years and then stayed in Peterborough diocese as rector of Uppingham and three villages nearby for seventeen years.  In 1990 I returned to Doncaster to be vicar of Cantley.  I retired in 2012 but still live in Doncaster.  I am a canon emeritus of Peterborough cathedral.

I was born in Bourne, Lincolnshire, where I attended the local Primary and Grammar Schools. I was taught and caught the faith at Bourne Abbey, a sister Augustinian foundation and studied organ under Barry Ferguson and David Lovell-Brown. After working for the GEC Marconi Company and achieving a degree in Electronic Engineering at Hatfield Polytechnic, I studied at Cuddesdon Theological College and was Ordained Deacon at Petertide 1980 and Priest a year later. I served my title at St Peter’s Mill End which was followed by a first incumbency in East Devon. I then spent most of my ministry in the diocese of St Edmundsbury and Ipswich. In the middle of this ministry, I earned my living in secular employment and teaching in Secondary Schools whilst exercising a non-stipendiary ministry. My last incumbency was in my native Lincolnshire enjoying traditional priestly ministry and the mystery of the fens and marshes. I am now serving here at the Priory as an Associate Priest and helping where needed in the deanery. 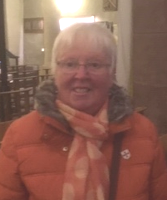 I was born in Dudley in the West Midlands and attended St Michaels, Church Tividale (known as the Anglo-catholic cathedral of the Black Country.) I trained as a teacher at Bishop Lonsdale Derby. I married Fr David in August 1978 and our son Christopher was born in 1980.  I have two grand daughters Isabelle aged 9 years and Imogen aged 4 years. I was a headteacher in Birmingham until  I retired. In 2008 I trained as a lay reader in Birmingham Diocese and served in St Chads Church  Rubery. We moved to the north and I was a lay reader at Saint Mary’s Sutton in Ashfield. I am now a reader here at the Priory.

Priory is now open for mass at 9.30am on Sunday, Monday, Wednesday and Saturday, 6.30pm on Tuesday and Thursday, and 12pm on Friday.
The offices and daily mass will be live streamed on our Facebook page - please join Facebook group for updates on this.
Clumber Chapel is open for mass on Sundays at 11.30am.

FIND A CHURCH NEAR YOU www.acny.org.uk

Are you wondering which Parish you live in?
To find out, use the following link and then enter your postcode. This will show you the boundaries of your local parish (anywhere in the UK) and the details of all nearby parishes.